Assistant Principal Bassoon Michael Hope was scheduled to perform as a vocalist for Best of Broadway in April. In this feature, we’ll learn more about his love of singing and enjoy a special video of his performance with Michelle Todd. 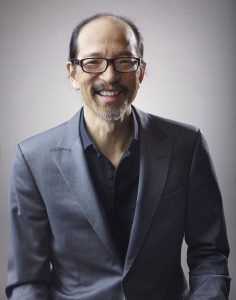 You’re best known for playing Assistant Principal Bassoon in the Calgary Philharmonic Orchestra, but for Best of Broadway in April, you’re in the spotlight as a vocalist. How long have you been singing?

Since I was a teenager and had an adult male voice. I first took vocal music as an extra course credit so I could graduate from high school two years early and go to music college. It was so much fun that I just kept it up!

At some point, did you have to choose between pursuing a career as a vocalist versus a bassoonist?

Not really. I always loved doing both, but one of my biggest goals when I was younger was to have a steady job. Playing the bassoon could provide that. A singer’s life is a little more volatile in that regard! I feel really lucky to have been able to do both and have a really enjoyable two-pronged career.

When you’re performing with the Orchestra, how is singing different from playing bassoon?

When you’re playing in the Orchestra, you’re a part of a big beautiful organism that collectively melds the efforts of 66 souls to create gorgeous music. That’s quite the rush, because you’re doing that as a member of an awesome team. As a singer, you’re performing strictly an individual, creating a much more intimate presentation which is way more exposed! It’s pretty nerve wracking, but exhilarating in different and fun way.

What is your favourite style of music to sing, and what singer do you admire most?

I really like Broadway show tunes and American Standards. All the songs are about love! I’m also crazy about how the melodies — when combined with the most silly and wonderful rhymes — can really make people think about their own emotions, hopes, dreams and all that good stuff! My favourite singer is Frank Sinatra. With the beauty of his voice and his intimate natural stylings he could make every song sound like he was singing it just to you.

What is the best part of being a musician, and what is most challenging?

The challenging part is maintaining a professional standard all the time. I think this is a crucial part of the privilege that goes with being able to make one’s living this way. The best part is just singing and playing music for the simple joy of making people happy.

You’ve been a member of the Calgary Phil for almost 38 years and have made Calgary your home. How do you like to spend your time when you’re not working?

I’m always working! But when I’m not, I like fixing my own car, and constantly obsessing about NHL hockey and my Calgary Flames!

Michael and Michelle were looking forward to performing at Best of Broadway with the Calgary Phil in April 2020, but since they couldn’t be with you in the concert hall, they sent a special message from home, followed by a performance of one of their most requested songs, ‘Pie Jesu’ from Andrew Lloyd Webber’s Requiem.