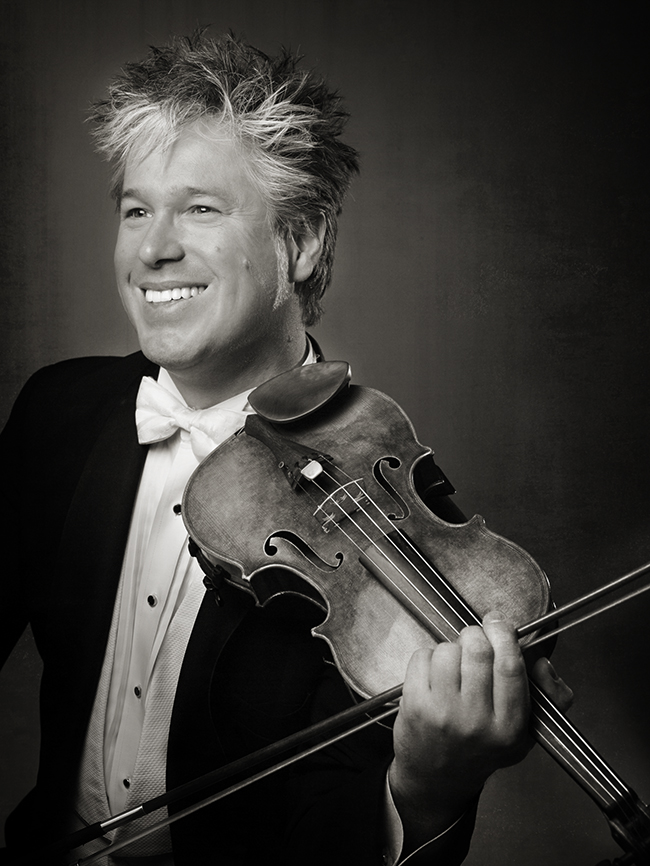 Loyal supporters of the Calgary Philharmonic Orchestra (CPO) may have noticed a missing face in the first violin section this past season—Donovan Seidle, the CPO’s Assistant Concertmaster, spent  last year away on sabbatical. Seidle won his position with the orchestra back in 2003, and has gone on sabbatical once before—to serve as Associate Music Director of the Vancouver 2010 Winter Olympics. I spoke with Seidle about his experiences on sabbatical and what he’s learned.

Jill Girgulis (JG): How long have you been playing with the CPO?

Donovan Seidle (DS): I earned my position of Assistant Concertmaster in 2003, right after completing my Masters studies at Northwestern University. Auditions are terrifically stressful, and never more so than when you realize that school is behind you and you have to enter the ‘real world’ and pay your bills! Ah, life. Luckily, I played well and I won the position after a four-round audition day.

JG: It sounds like you went through the traditional music education route—is that correct?

DS: Well, it is and it isn’t—I sort of ‘found the fringes’ anyway. I was the weirdo violinist that wanted to study jazz and improvisation, or I did a lot of folk stuff with Calgary fiddlers.. Finding those fringes was always really sort of interesting to me…I didn’t realize I was doing it at the time, but I was trying to find ways to create, so I’d take composition classes… I [wanted to] learn how to actually compose and create something.

JG: What made you decide to audition for a professional orchestra?

DS: It was sort of a pragmatic decision to decide to audition for an orchestra—once you get that job, it’s a steady paycheck, which is a lot to say for a professional musician…[and] I’ve always enjoyed the idea of lots of people coming together to work on a singular artistic expression. I also liked the idea of being a leader as well, so when the job popped open for Assistant Concertmaster—one of the leaders—it sort of ticked both boxes to me.

JG: Can you elaborate on your role as Assistant Concertmaster?

DS: We happy three concertmasters are designed to replace one another at any moment! Diana [Cohen] sits in the #1 chair, John [Lowry] in #2, and I in #3. Regardless of our place in the hierarchy, each concertmaster is auditioned in the same way. . This leader hierarchy is in essence an emergency contingency plan: whenever another concertmaster falls ill or isn’t there, we automatically step up (without the right to refuse), and there is smooth transition of leadership. As such, we must approach our jobs and prepare for each service as if we are needed in that #1 seat. This requires practice and preparation and study over and above. Even if ‘swapping out’ happens mid-concert, it is part of our duties! If we are all there, we still all play a role as leaders, acting as a buffer between the section and the concertmaster and conductor, making helpful suggestions, and keeping a watchful eye for inconsistencies, errors and problems ahead and behind. Sometimes I wish I had eyes on the back of my head!

JG: How did you come to the decision to take a sabbatical?

DS: I find that there are certain things that an orchestral job doesn’t fulfill… and so I felt the need to take [a sabbatical]  for creative and personal reasons, to expand my career beyond music, to explore my creative work,, and to be living in the same place as my partner, Janna. Vancouver seemed to be the right place for the sabbatical.

JG: What are some major highlights from the year?

DS: I feel like I’ve accomplished a lot. I’ve made strides in my personal development, and slayed some demons; I’ve gotten faster at writing; I’m pleased with the writing that I’ve done (particularly [a piece for string ensemble and narrator] “Jabberwocky,” which I’d love to turn into an orchestral children’s show).   My collaboration with Nir Blu (pianist/songwriter/coder) is certainly one of the highlights of the year. Nir creates wonderful songs which he accompanies with his imaginative piano backings. It’s really evocative stuff—instead of releasing an album, his aim is to give a viewer/listener an experience by having them explore a VR concert hall…and they are able to experience the album, and get really close to the performers.

[I want] to be involved in more projects on the edge technologically and creatively—I think the expressive potential for interactive music, VR, AR, and MR (virtual reality, augmented reality, mixed reality) mediums is tremendous.While live satellite broadcasts of an orchestra concert are useful, the limitation is obvious: the most they can hope to achieve (and never attain) is the feeling of being in a concert hall. Why not try to experience something impossible instead: floating through a zero-G orchestra in a dreamscape nebula, or experiencing the sound of millions of instrumentalists placed all around an imaginary mountain valley? The possibilities are endless.. I just love that idea [of incorporating technology], because I think people are ready for a different way to consume art. 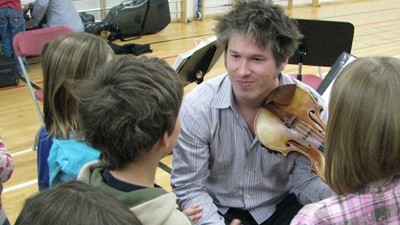 JG: How are you now going to stay true to what you learned while on sabbatical?

DS: Well, I made it a practice while on sabbatical to try and create something every day… then it’s like regular practice, the same sort of practice that you would do as an instrumentalist. And that [creativity] ‘muscle’ doesn’t always get exercised the same way in the orchestra, so, whether I’m creating a new recipe for a beer, or I’m cooking in the kitchen, or I’m experimenting in my studio, I’ll want to be doing something creative every day. It’s a good practice, and it doesn’t have to take long.

JG: In your opinion, why is it important for musicians to take a sabbatical?

DS: It’s easy, with music coming at you week in and week out, to lose one’s creative voice. It’s extremely important to explore creative side-projects, because those ‘muscles’ aren’t always possible to be exercised in a large ensemble. It’s the point of an orchestra to execute that singular expressive vision of the conductor-of-the-moment (no matter what it is) with verve, accuracy, unity and excellence; going along for the collective, expressive ride together for the audience. Pulling this off despite personal opinions is what makes great orchestras truly great! And while one is on sabbatical?…. do whatever you like! Having the time to learn again is so valuable. Roam as widely as you like creatively and personally, allow yourself to explore again, and recharge your spirit. It’s a precious opportunity, and I’d recommend it to anyone. It’s great for perspective and growth.

JG: What are you looking forward to next season with the CPO?

DS: Being back with my colleagues—it’s been a great year away, but I’ve missed my friends. An orchestra is only as good as its people and the strength of the friendships within, so I’m looking forward to continuing to work and play [with the CPO].  . I’ve missed Rune Bergmann’s first year with the orchestra, and there will be new faces joining our group in the fall; there’s a lot to catch up on!