Meet the Musician: Season highlights from the new musicians

The Calgary Philharmonic Orchestra welcomed five new musicians this 2019-2020 Season, and they’ve been introduced to Calgary audiences through the Meet the Musician series on this blog. Even though the Season was cut short, we wanted to check back in to hear what stood out to them from the past year with the Orchestra. 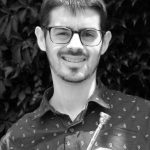 “I really enjoyed performing Petrushka this year — I had a lot of fun practising it! And one of my favourite memories was being involved in the Secret Santa gift exchange during the Nutcracker performances with Alberta Ballet. It was a great way to get to know some of the other members of the orchestra.” 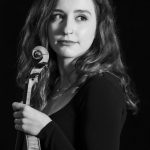 “My favourite concert was the concert with Jeremy Dutcher. It was so, so cool to see the hall packed for that night — the whole atmosphere was different, and I thought it was such a special moment and opportunity for our orchestra.” 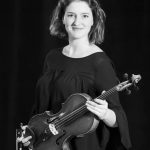 “If I had to choose one, it would probably be the Mahler 2 concert. It’s one of my favourite symphonies of all time, and I got to play it for the first time on viola (I’d played violin parts one and two before this). Playing it on viola gave me a new perspective on the piece, uncovering new gems that I haven’t heard before. It was just a wonderful experience.” 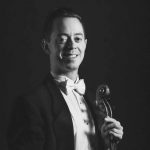 “I really enjoyed performing the second Beethoven symphony with a reduced orchestra this season. I was sitting up at the front for this concert, which is incredible with Beethoven symphonies as it feels like playing his string quartets.

“We also had an Aretha Franklin tribute concert this season, and as I listened to both of our singers, I was completely mesmerized by the voice of Ryan Shaw. He has an unbelievable range and such a smooth, gorgeous tone. I highly enjoyed playing music I grew up listening to and having such a high caliber of vocalists on stage with us.” 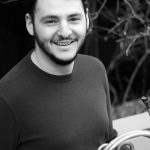 “There were many wonderful and special moments with the Calgary Phil this year. The concerts I remember most fondly were the last week the orchestra performed before the closure due to COVID-19. The program included Beethoven’s third symphony, Eroica. I’d never performed this work before, though I’d listened to it for over a decade and heard it numerous times in live performance.

“The symphony features the horn section prominently throughout, but most notably in the trio of the third movement. The Eroica Symphony is often seen as the beginning of romanticism in classical music, and this horn trio is a key part of what makes this piece the glorious and revolutionary work that musicians and listeners alike have cherished for over 200 years!

“My colleagues in the orchestra are not only fantastic artists, but also wonderfully kind and generous. Performing the Eroica Symphony together in my first year as Third Horn was a particularly monumental experience for me, one I will cherish for years to come.”