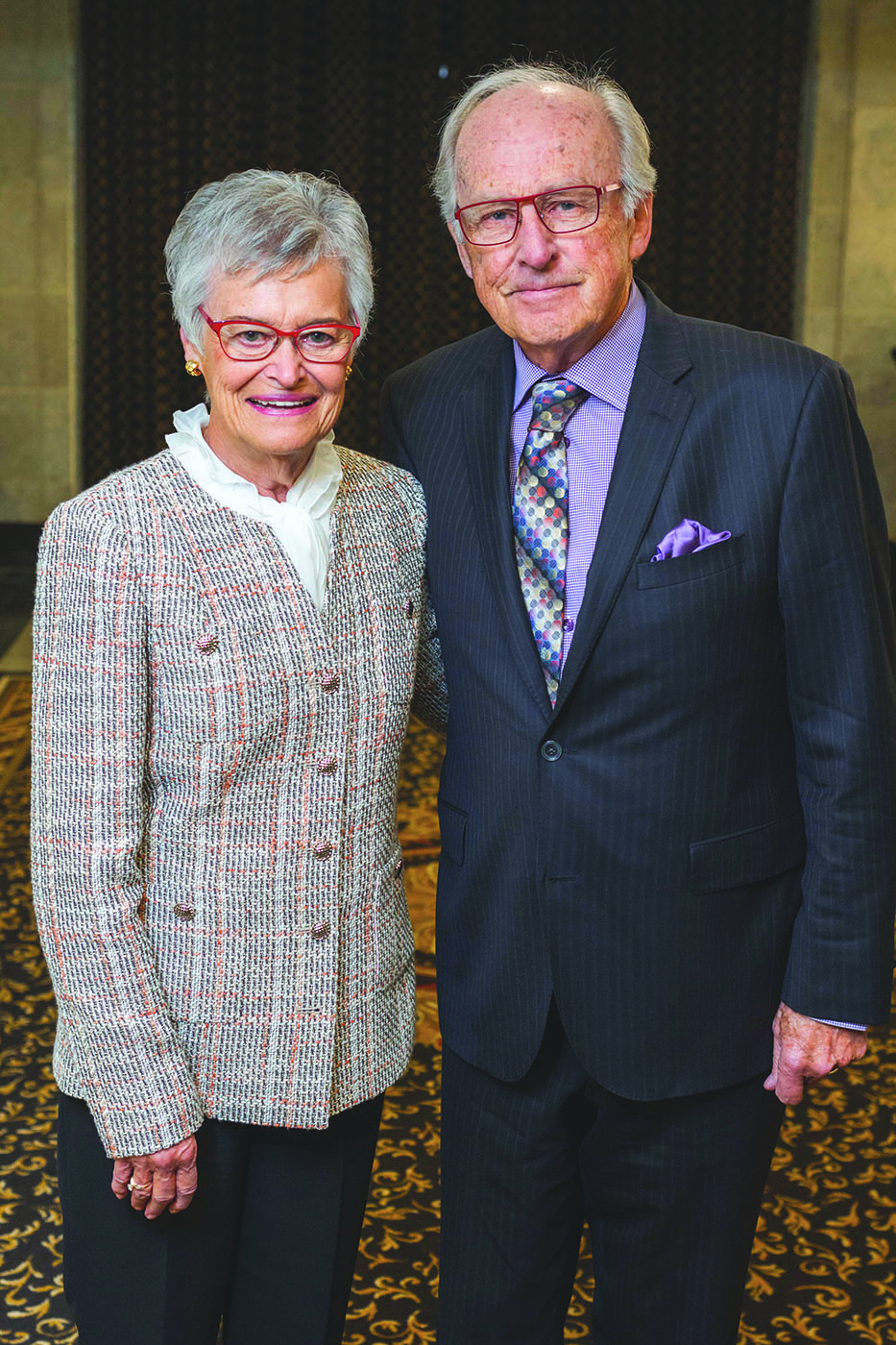 Paul and Margaret Boëda have loved classical music ever since they were surrounded by it as children.

“My dad loved music,” Margaret says. “Not only did I go to bed most nights with him playing the piano, I regularly went to Winnipeg Symphony concerts.” Paul also has fond memories from childhood of his father singing opera. So perhaps it’s not unexpected that music has played a central role in the lives of their three daughters. Their middle daughter, Jennifer, played the flute, and her sisters, Michelle and Daphne, pursued their own musical studies in guitar and violin, plus all three played the piano.

Paul and Margaret believe giving their daughters an opportunity to explore arts and music as an extra-curricular activity was critical during their formative years — it helped them learn discipline and time management, build relationships with other students and adults, and experience success as well as failure. Their daughter Jennifer attended her first Calgary Philharmonic concert at the tender age of six. On the way home Margaret asked her, “What instrument did you enjoy?” Jennifer said, “I like that long, skinny, shiny instrument — and I want one.”

From that moment on, playing the flute was a passion that remained with Jennifer for the rest of her life. She spent countless hours at the Mount Royal Conservatory of Music, studying and practising not only the flute, but also piano, and performing in chamber groups, playing with the Calgary Youth Orchestra, and subsequently earning a two-year performance diploma. She enjoyed a few summers at The Banff School of Music, and then spent a year of intensive teaching with Trevor Wye in England before returning to Calgary, where she went on to study flute at the University of Calgary under the tutelage of long-time Calgary Phil principal flautist Philippa FitzGerald-Finch. Jennifer passed on her love for the flute to the next generation by establishing her own music studio at Red Deer College. With her engaging personality, she also earned quite a reputation as a school-band clinician.

This Season, Margaret and Paul are endowing the Principal Flute Chair in memory of Jennifer Boëda-Dahl, who passed away in March 2019. This gift will be held in perpetuity by the Calgary Philharmonic Foundation’s Endowment Fund. This endowment is not the Boëdas’ first gift to the Calgary Philharmonic. Previously, they supported the renovation of the Calgary Phil’s music library, which is named after them, and Canadian Wealth Management (now Fiera Capital), the company Paul founded and led as CEO, sponsored the Amadeus Patron Program for several years. The program offers fellowship with others who share a love for symphonic music, and members enjoy concerts as well as recitals at venues such as the Calgary Golf and Country Club. Paul and Margaret believe an orchestra is the “bedrock” of any city’s arts scene. “If a city wants to attract and retain businesses and people, it’s imperative to have a strong arts element, especially an orchestra,” Paul says. Having been chaperones for two Calgary Youth Orchestra tours with then Director John Thompson (past Principal Violist with the Calgary Phil), the Boëdas also learned first-hand the tremendous positive influence that orchestra members can have on young musicians. They explain that it’s a domino benefit because many talented orchestra members are also active teachers.

Paul and Margaret Boëda are no longer in Calgary full-time, but their interest in music has been passed to the next generation of their family as some of their eight grandchildren are developing their own musical talents, including their eldest grandson, who recently graduated from Juilliard and is starting his musical career with the Vancouver Symphony Orchestra. They believe supporting the Calgary Philharmonic is vitally important and it will hold a very special place in their lives for years to come.

This article first appeared in the Spring 2020 issue of Prelude Live. Written by Kathleen Renne.