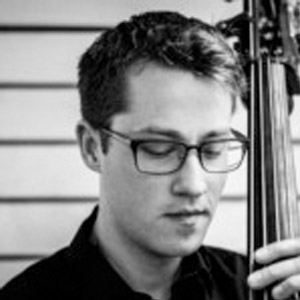 At the age of eight, Sam Loeck began playing the double bass in his hometown of Lincoln, Nebraska. He holds a Bachelor’s degree in music performance from the University of Nebraska- Lincoln, and a Master’s degree from the Indiana University Jacobs School of Music, where he studied with Bruce Bransby and was named winner of the IU Bass Concerto Competition. Sam has also spent his summers studying and performing at the Aspen Music Festival, the Moritzburg Festival in Dresden, Germany, and the Pacific Music Festival in Sapporo, Japan. He has served as a substitute bassist with the Chicago Symphony Orchestra and the Oregon Symphony.

Sam joined the Calgary Philharmonic as Principal Bassist in 2016, and he currently performs on a beautiful double bass made in 2014 by Aaron Reiley, luthier and owner of the Guarneri House in Grand Rapids, Michigan.