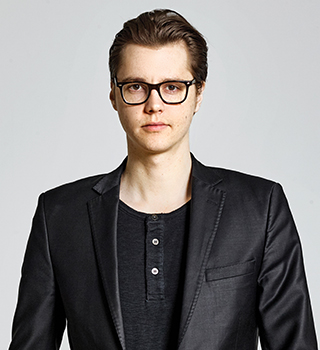 Igor Stravinsky was one of the great modernist innovators of the 20th century. He was born the same year as James Joyce and Virginia Woolf (1882), and in the early 1910s he was hanging out in Paris with the likes of Pablo Picasso and Jean Cocteau. All of these individuals were unique artists in different fields, but they were aligned in their attempts to search for new ways to express their art forms.

Stravinsky exploded onto the scene with three big hits in the ballet world: The Firebird, Petrushka, and finally the Rite of Spring, the latter of which caused a riot at its premiere. Imagine a Parisian high society audience arriving for an evening at the ballet, expecting elegance and charm, but instead greeted with music and choreography that at times depicted the primitivism and savagery of early human tribes.

Despite the reputation brought about by this scandal, Stravinsky’s music conveys hauntingly beautiful atmospheres, occasional theatrics of slapstick humour, and a general brilliance of instrumentation to go along with the more rugged, muscular character of his style. All of these elements are brought to life with a constant feel for rhythm and dance, and an imaginative new approach to the rules of harmony.

By the end of the First World War, Stravinsky was envisioning a very different kind of musical work from the large-scale ballet scores that brought him international acclaim. Living in neutral Switzerland, he envisioned a dramatic piece of théâtre ambulant, a mobile travelling spectacle — something written for a small ensemble of musicians, with actors, dancers, and a small portable set that would be an easy troupe to move from town to town in the Swiss countryside, giving performances at town halls and community centres in small villages.

Thus L’Histoire du soldat (The Soldier’s Tale) was born, “to be read, played and danced,” as the composer wrote as a subtitle on the front page of the first edition. Written by C.F. Ramuz, the text tells the story of a soldier, Joseph, homeward bound on leave from the army when he is tricked by none other than the Devil (in disguise) into trading his beloved fiddle for a mysterious book that grants the bearer vast riches by predicting the future. The story winds its way through the conflict between these two characters, exploring universal questions about whether or not material possessions can really bring us happiness.

The music is written for seven players, a high and low-register instrument in each of the instrument families: clarinet and bassoon; trumpet and trombone; violin and double bass; and percussion. Throughout the piece, the music represents the action of the story: The Soldier’s March, where the trudging of the double bass represents the footsteps of boots on gravel; The Royal March, introducing the King with its boisterous pomp of brass extroversion; The Tango, Waltz, and Ragtime, a virtuoso trio of dances showcasing the violin — Joseph in an attempt to rouse the Princess from her slumber; and the furious Devil’s Dance, as the villain’s body contorts to the frenzied music when our hero finally gains the upper hand.