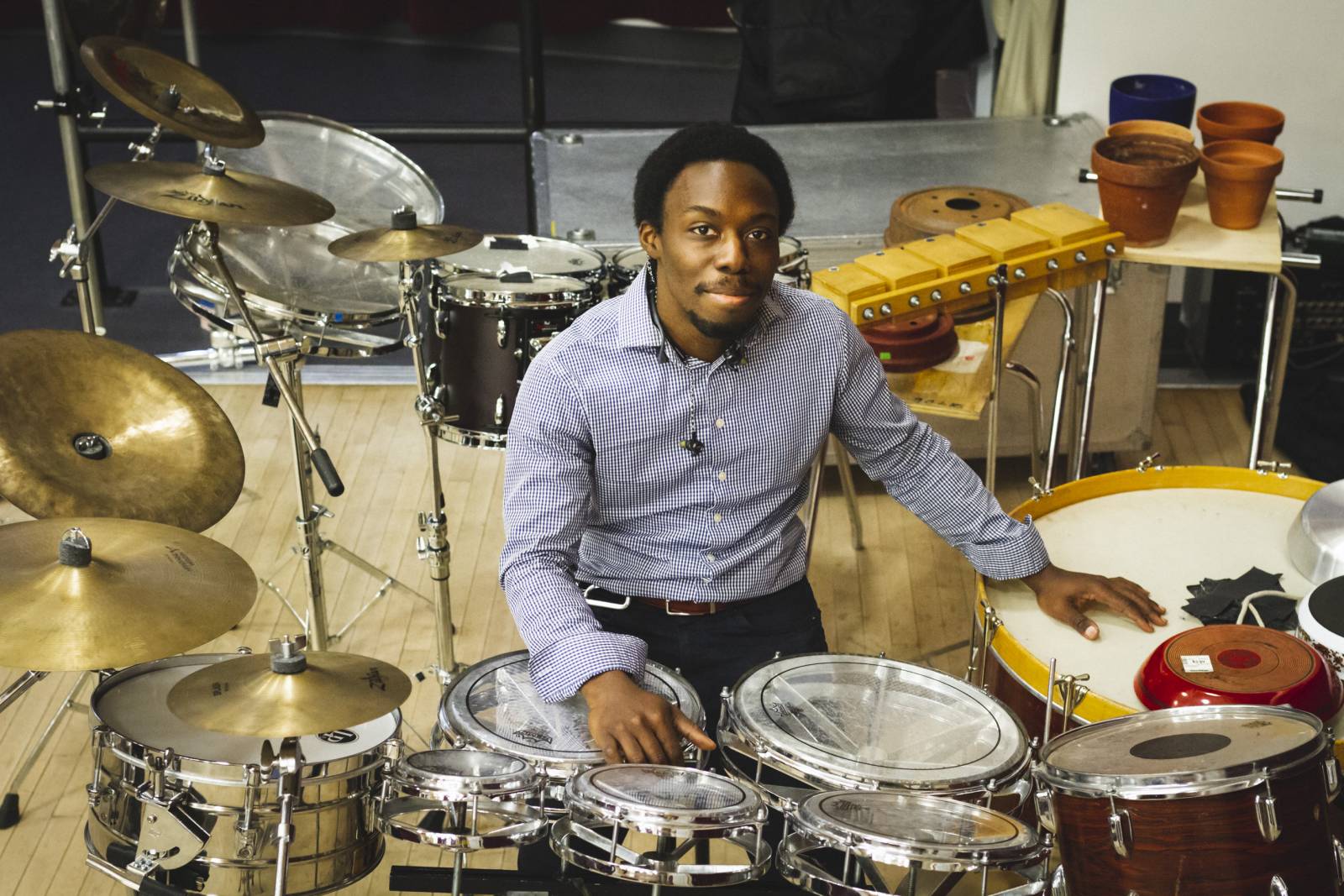 A little over a year ago, Josh Jones, Principal Percussionist of the Calgary Philharmonic Orchestra (CPO), was enjoying his first few months as a professional orchestra musician — he was hired in September of 2017 and began in January of 2018 — when he was diagnosed with cancer. This news came shortly before he was announced as a soloist in the CPO’s 2018/2019 Season for this week’s Provocative: Percussion + Tchaikovsky on Thursday, April 25.

Following his diagnosis, Jones began treatment and had to take a medical leave of absence. He returned to work in September 2018, but then his medical treatment shifted to surgery. Soon, the feasibility of his April solo was put into question. “When I found out I had to have surgery… I wanted to see how long the recovery would take,” Jones says. “And then I thought ‘Okay, what’s the day that it would be impossible for me to be back?’ ”

His operation took place in mid-January, a mere three months before this concert. Considering the magnitude of his medical procedure, Jones very reasonably could have declined the opportunity, but he was determined to make it happen. “I like doing things that people say I can’t do, or people say are really difficult to do,” he explains. “And, I’m obviously alive, so I thought it would be nice to be like, ‘Hey, I’m alive, I want to play this thing!’”

It’s an understatement to say this concert is a big deal for Jones. As he explains, his performance on April 25th represents a confluence of several significant elements in his life. This is his first time playing a concerto with an orchestra, it’s the week of his late grandpa’s birthday, and he’s celebrating 25 years of being a musician. Unsurprisingly, he expects it will be a very emotional performance. “It’s been a hard year, so it’ll definitely be good to release all those emotions on one night — I don’t know when it’s going to happen, but I’ll cry at some point when I’m playing.”

In terms of the piece itself, Jones had three choices and selected Hikoi by Gareth Farr. The percussion concerto involves over 40 different percussion instruments, incorporates five additional percussionists, including CPO Principal Timpanist Alex Cohen, and includes several moments of collaboration with members of the Orchestra. “It’s scored really well, and there are a lot of really good duets, in the middle section specifically, with several principal players,” says Jones. “Again, I’ve never done this with an orchestra before!”

Hypothetically speaking, if he hadn’t been diagnosed with cancer, how would Jones envision this week’s performance? “I would’ve played it very well, but I wouldn’t have played it as well as it’s going to be played because life always influences performance, if you allow it to,” he says. “Experience makes it sound better. When you can touch someone emotionally, and make a difference, or give them the permission to feel, that’s another thing I like doing…. I have a utopian idea of classical music.”

He also hopes Calgarians can see how much this concert means to him. “At the very least, the audience will see I’m having a blast, and I’m really thankful for being alive, and maybe they’ll be happy for me and clap,” he says. “Hopefully they’ll think ‘Oh, this is a big deal — no wonder he’s playing that the way he’s playing it.’ ”

Jones, who grew up in Chicago, considers his successful audition with the CPO to be a life-saving experience — thanks to this job in Canada, he was able to receive all the medical care he needed. “I literally won my life back.”

[Provocative: Percussion + Tchaikovsky is part of the CPO’s Under the Influence Festival and is taking place on Thursday, April 25 at 7:30pm. In addition to Farr’s Hikoi: Percussion Concerto, this concert includes Zappa’s Revised Music for Low Budget Symphony and Tchaikovsky’s Symphony No. 6.]