In 1954 the New York Herald Tribune ran a survey of its readers, asking them to name the compositions they found the most boring. The ‘Symphony in D Minor’ by César Franck came in at number 2, between Rimsky-Korsakov’s ‘Scheherazade’ and Ravel’s ‘Bolero’.  There must have been a lot of snobs taking the survey, but they had reasons to tire of the piece, as the New York Philharmonic had played it in every season except four since their first performance of it in 1911. Sayings come to mind like, “the customer is always right”, “an artist so bad only the public likes him” or even “the dictatorship of the proletariat”, for why would it have been performed so often if it weren’t a roaring success every time?

Why the winning record with audiences?  The length, around 37 minutes is just right, making it a viable alternative, among romantic-era symphonies, to Brahms or Tchaikovsky.  With the addition of a Bass Clarinet, English Horn and a couple Cornets, a medium-sized orchestra, like Calgary’s, sounds BIG.  There are gorgeous solos for Harp and English Horn in the second movement, providing a soothing interlude between the grandeur of the outer movements. It has great tunes that get a lot of repetition, the ‘cyclic form’ of the symphony that is often cited, where melodies from the first and second movements come back in the third. The form really works, with one idea leading naturally to the next and culminating in a huge finish. Warning: EARWORMS. 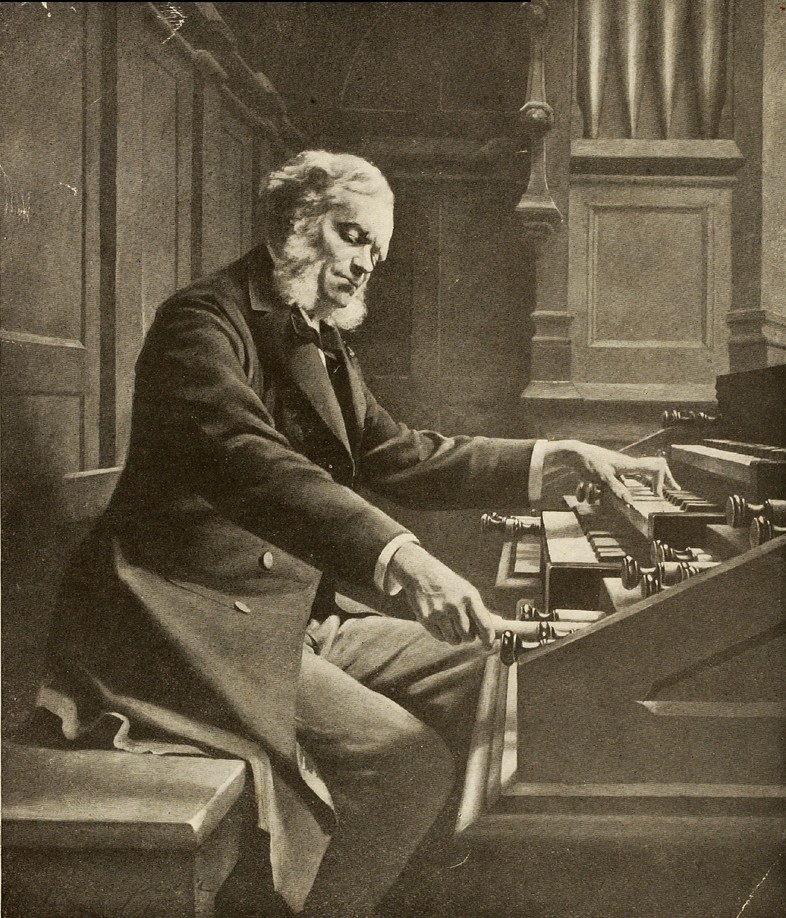 Starting in the 1960s, around the time Mahler’s symphonies began entering the repertoire in a big way, performances became less frequent, but the Franck Symphony is still a staple of the repertoire for symphony orchestras, one of the warhorses. I joined the CPO in 1979, and this week will be the fourth or fifth time I’ve played it. Conductors were Andrew Grams, Hans Graf, Kees Bakels and one or two others in the 80s.

Franck wrote a lot for the organ, his main instrument after childhood as a piano prodigy. His most-performed piece of all is the Sonata for violin and piano, also played on cello, bass, flute and likely other instruments with piano. I’ve performed it a few times on cello and had a great time. Though the piano part is quite difficult to play, pianists seem not to mind. His other orchestral piece we have performed a few times in Calgary, though not for a couple decades, is the ‘Variations Symphoniques’ for piano and orchestra. There are a number of other deserving orchestral pieces by Franck waiting for an interested conductor.

As two of the most prominent musicians in Paris for several decades, Camille Saint-Saëns’ and Franck’s paths must have crossed many times. A notable occasion was the first performance of Franck’s Quintet for piano and strings in 1879. Saint-Sa’ëns was a dedicatee of the quintet, which went on to become well established in the chamber music repertoire, and was pianist at the first performance. When Franck came forward to congratulate the players following the performance, Saint-Saëns refused to shake his hand and left immediately. Apparently, and oddly, he was sight-reading the piano part, so he may have been embarrassed by his own playing, but legend has it there was another reason. 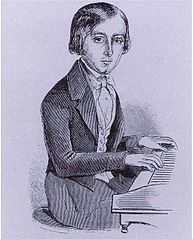 Illustration of Camille Saint-Saëns
From commons.wikimedia.org

Making waves in Paris in those years was a young woman, a composer named Augusta Holmès, who at that time was at least a student of Franck. She attracted many admirers, including Saint-Saëns, who is said to have proposed marriage to her several times. He said of her, “this beautiful pythoness was not satisfied with cultivating art and preaching art; she caused it to flourish all about here. As Venus fecundated the world when she knotted her tresses, so Augusta Holmès shook over us her reddish locks, and when she was prodigal with the lightning of her eyes and the brilliance of her voice, we ran to our pens, our brushes; and works were born.” . And Franck, her composition teacher observed , “her bold beautiful features, abundant golden hair, and handsome breasts of which she was justifiably proud”.

It’s thought that Franck’s feelings for his student had been poured and sublimated into the passionate yearnings of the quintet, something Saint-Saëns couldn’t tolerate. Franck’s wife, Félicité was similarly unimpressed.

1889, the year of the premier of Franck’s symphony, also the year of Ravel’s first public performance on the piano, was a watershed year for French culture with the Exposition Universelle, or world’s fair taking place in Paris. There the young Ravel first heard the new music coming out of Russia conducted by Rimsky-Korsakov, and the Gamelan music from Bali, both of which were to influence his generation of French composers. Late that year he was accepted to the Paris Conservatoire, starting studies in 1890 and continuing on and off until 1903. Franck had taught there since 1872, but was not a direct influence, as he died in November of 1890.

Ravel’s sublime ‘Pavane pour une infante défunte’ was composed originally as a solo piano piece in 1899 and later orchestrated. It was used in the soundtrack to one of my favorite movies, ‘Birdman’ (2014) as well as in ‘The Dark Knight Rises’ (2012), which I haven’t seen.

Written by Tom Mirhady, Cello of the Calgary Philharmonic since 1979.