How becoming a #NotInMyCity Ally changed my life 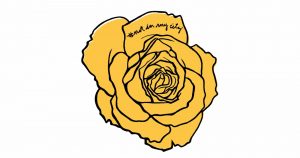 Like most people, I dread having tough conversations. I walk through them in my head, running different scenarios on how the other person will react, wondering whether I’ll sufficiently answer the hard questions they’ll throw my way.

Hard conversations are difficult because they take you to a place you can’t return from. No matter the outcome, both parties walk away changed. Not knowing how you’ll feel at the end is often what holds us back at the beginning. This is about a tough conversation that we all need to have.

I was first introduced to #NotInMyCity at its launch event in July 2017, when I had only a vague idea of what human trafficking and sexual exploitation was about. I knew it happened in other parts of the world, but could it really be happening here? I contemplated this as I walked through the Deane House’s summer garden, flowers in bloom under a blue Alberta summer sky.

That evening, I heard from #NotInMyCity founder and country music superstar Paul Brandt that the most common age girls are first trafficked in Canada is 13, and that 75 per cent of people working in the Canadian sex trade started when they were children. I took a step back when I learned that trafficking often takes place within 10 blocks of where we live. And I discovered from a courageous survivor that she had been held captive in a house not far from where I stood, after being lured into a dangerous, deadly world of suffering and slavery.

It was a tough conversation, and it changed me.

But that event was also a beacon of hope, including the reveal of the movement’s iconic yellow rose. The rose was created by renowned Calgary fashion designer
Paul Hardy, who eloquently shared his vision: “Roses typically symbolize hope, new beginnings, and promise. But there’s an interesting opposing tension with these flowers, because they possess thorns, which commonly represent loss, pain, and thoughtlessness.” He chose a rose to show both sides of the issue.

That day, I chose to become an ally for #NotInMyCity — to actively support its mission to prevent and end the sexual exploitation and trafficking of children and youth. Being an ally means being willing to stand up for those who are enslaved, suffering, and most vulnerable. It’s about doing our best to protect children and youth from the atrocities that take place every day. And it’s about having the courage to start tough conversations with those around us to help create change.

There’s no shortage of problems in our world today, and I realize this is just one of many, but becoming a #NotInMyCity ally has opened my eyes to the importance of compassion and the responsibility we carry to stand with those who are most vulnerable. Today, #NotInMyCity’s yellow rose has become a recognized emblem for a growing movement addressing the issue of human trafficking and the sexual exploitation of children and youth across the country. The organization’s four strategic directions have been designed to build partnerships and bring transformational change to this issue at the grassroots, organizational, policy, and legislative levels.

It’s hard to tell someone that children as young as seven are being trafficked in our province. And there’s no easy way to address the reality that currently only one per cent of trafficking victims are ever rescued. But by choosing to become an ally, you’ll discover that there is power behind knowing and sharing the truth.

The Calgary Philharmonic Orchestra is donating $10 from every ticket sold for Paul Brandt’s Country Christmas performances to #NotInMyCity.

Hear Brandt perform live with the CPO in person on 10, 11 or 12 December or on our free Live-Stream on 12 December at calgaryphil.com/livestream.

Did you enjoy this article? The CPO Newsletter includes links to all the latest blog posts, concerts, and more. Subscribe below.