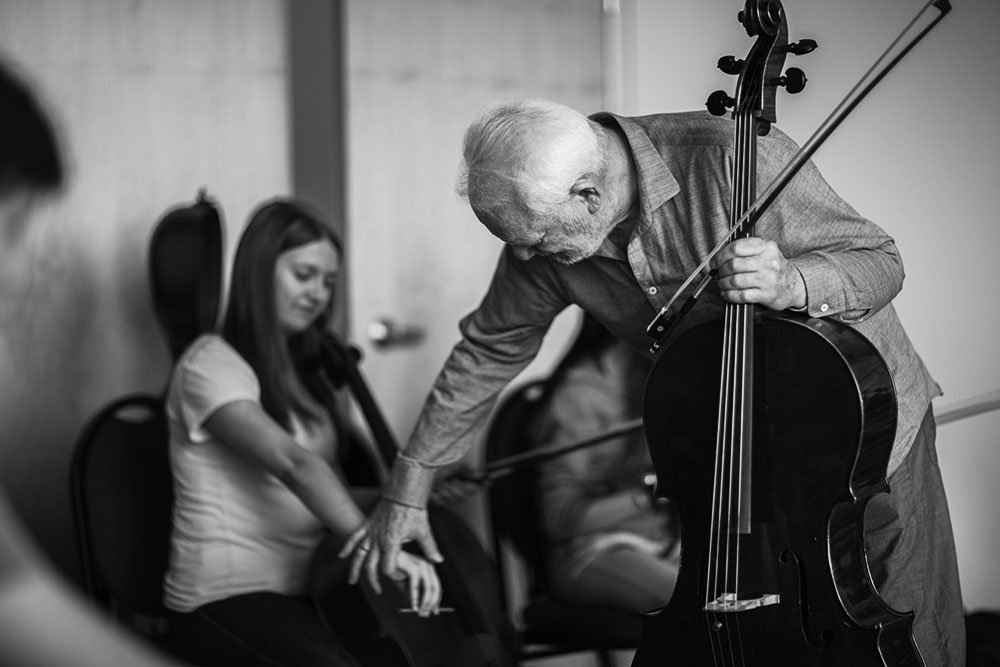 MMB is an international summer music festival that brings together some of the finest 12 – 18 year old musicians from around the globe and many of the world’s most distinguished music teachers for a month long intensive training program. Students study on a scholarship basis making outstanding talent the only criteria for participation.

For 20 years MMB has committed to developing the next generation of great classical music performers – and for 61 years the CPO has showcased world-class musicians; the synergy will be powerful.

Effective immediately, MMB will be administered by the Calgary Philharmonic Society. President and CEO of the CPO, Paul Dornian, will function as the Executive Director for MMB.

“Paul, in partnership with Andy Chan, founded MMB and we are pleased to have him once again leading the program.” says Teng Li, Artistic Director of MMB.

“This program has a world class reputation; it gives us the ability to connect with leading music programs around the globe. Education is a critical part of what we do and building upon this sensational program is a distinguishing factor for the CPO,” says Dornian,

“MMB alumni are found on the leading stages of the world, in key positions with the best orchestras, and teaching at the top music schools. Building a strong connection between that talent pool and the CPO is a no-brainer.”

Teng Li, Principal Violist with the Toronto Symphony and MMB alumni, will continue as Artistic Director of MMB and Maimie De Silva will continue as the Project Manager, organizing the day-to-day operations.

Continuing its international presence, MMB will be held in Boston, Massachusetts at the New England Conservatory of Music in the summer of 2017.
“Over the past 20 years we have developed a number of strong musical relationships with faculty from this excellent school and we are pleased with the arrangements and support of this remarkable organization.” says Dornian.

The Calgary Philharmonic has been a cornerstone of Calgary’s multi-faceted arts community since 1955 and is one of North America’s finest and most versatile live music ensembles. A repertoire that is extensive and broad in scope consistently attracts acclaimed guest artists and conductors. The Calgary Philharmonic offers an average of 83 concerts per Season designed to fit all musical tastes.