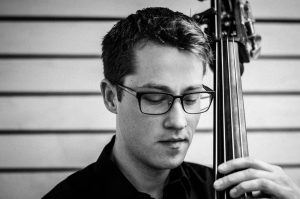 What do you envision when someone mentions a symphony orchestra? Big concert hall, formal attire, musicians as far as the eye can see? While this certainly describes many of the Calgary Philharmonic Orchestra (CPO)’s concerts, this month the CPO is stepping back nearly 250 years to the Baroque era with their 7th annual [email protected] festival. Sam Loeck, principal bassist of the CPO, shares his thoughts on the festival and the Orchestra in general.

“We perform this very old music in a way that it would’ve been played back in the day. We’re playing in a different venue, a church, which, acoustically, is going to be more similar to the spaces this music was originally played in,” says Loeck. “But also the Orchestra’s going to include some of the more historically relevant instruments of that time, like harpsichord.”

Knox United Church will be the CPO’s home for the duration of the festival, which runs from May 24th to 26th and includes a unique concert each night. Audience members will be treated to performances of some of the precursors to music heard today, including Bach’s Orchestral Suite No. 1 in C Major.

“[Bach] was actually…very progressive because at the time, people thought…if you can enjoy the music too much just as a sonic experience, then it takes away from the words and from the religious experience,” Loeck explains. “The orchestral suites are kind of one of the early examples of larger-scale instrumental music that didn’t have an application in the church—[they were] just written for the sake of the music.”

The works featured in this festival also played an additional role in music history.

“The functional, structured music of this [Baroque period]…are the blueprints for everything, music-wise, that came after…as far as structuring and harmonic progression, even in popular music nowadays,” says Loeck.

This festival includes a rather unique program, yet there remains a perception that such performances are unapproachable. According to Loeck, one of the biggest barriers preventing the recruitment of new audience members to any orchestral concert is the conception that it’s just not for them.

“I think people are uncertain because they don’t know the music, and they think they’re supposed to have this familiarity with it—but that’s not necessary to enjoy it, really.”

Loeck feels that a way to expand the CPO’s accessibility is to include more performances in nontraditional settings. One step undertaken to achieve this is the CPO’s recent live-streaming initiative, which Loeck supports.

“[Having a live-streaming service] is becoming something that goes along with being a world-class organization,” says Loeck.

For those wanting to venture out and come to a live performance, Loeck’s advice is simple:  “The biggest thing would just be to enjoy it as you see fit.”

He emphasizes the value of just being present for the performance—anyone can gain something from attending.

“It’s really a special place…and to experience this wall of sound to come out of these musicians and instruments—I think it’s an incredible thing because it only exists in that moment. Even if it’s a piece you’ve heard a million times—it’s an incredible energy that exists for one moment.”