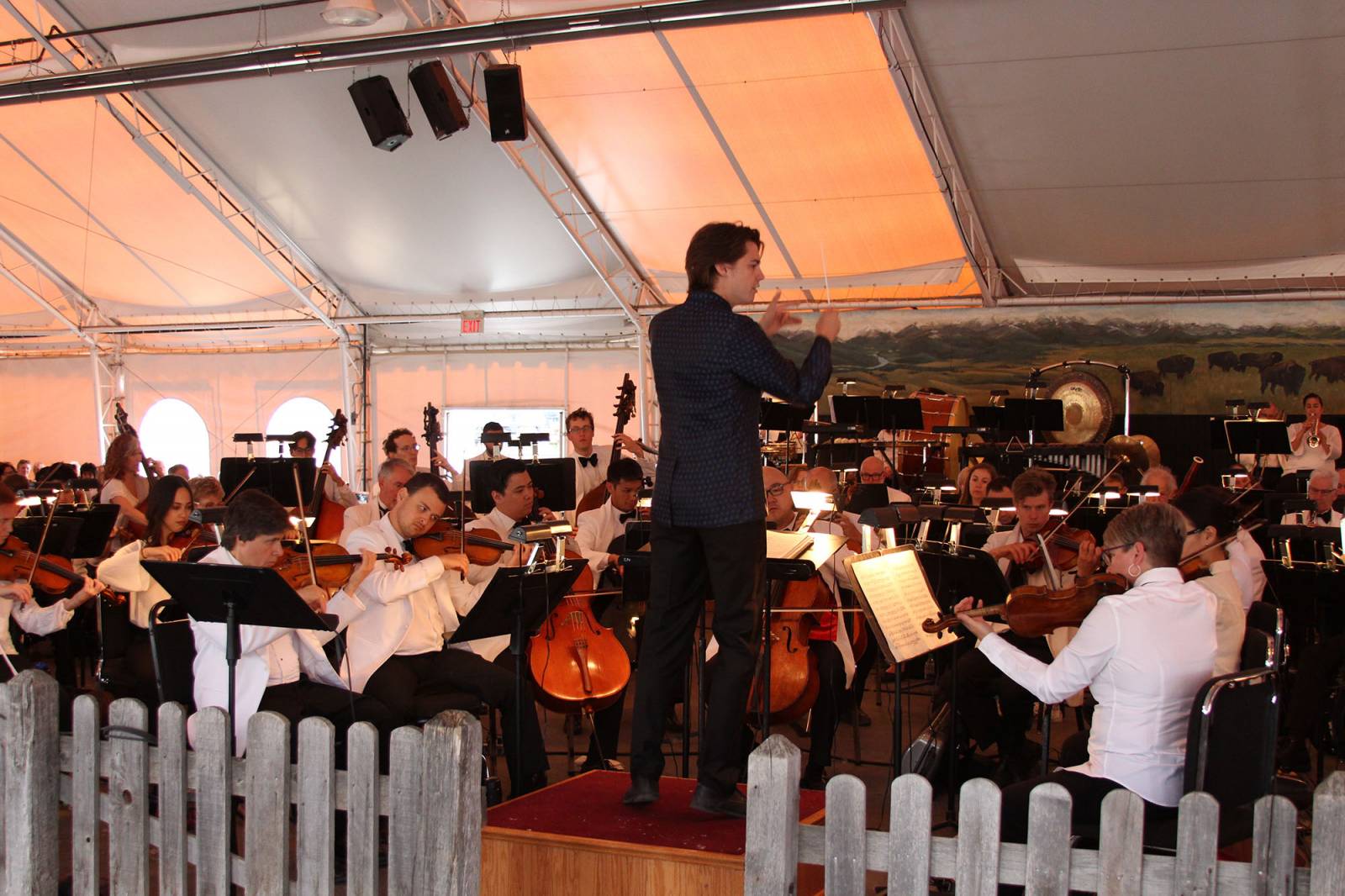 Barbeque and world-class music came together one last time on Thursday night to celebrate the arrival of summer and the longest day of the year. For a minute or two, it appeared as though the Calgary weather might have other ideas—but fortunately for all involved, the storm clouds made themselves scarce before the first note.

The Calgary Philharmonic Orchestra (CPO) performed the second of two nights of their annual summer send-off, Pops in the Park, on June 21st beneath Heritage Park’s Celebration Tent. This sold-out concert marked not only the final week of the CPO’s 2017-18 season, and a fantastic one at that, but also the curtain call for a series that has become a mainstay in the Calgary outdoor music scene over the past 20 years.

Eager patrons arrived more than an hour before the music began in order to claim the best seats and capitalize on the barbeque dinner.

The musicians themselves, visions in white instead of the usual black concert attire, started to arrive just as guests were finishing up their meals. They, too, emulated the relaxed vibe that had begun to fill the venue, and outfits aside, one could have easily mistaken them for patrons themselves, just there to enjoy what proved to be a lovely June evening.

The entire evening possessed a certain sentimental, last-day-of-school quality, an unexpected and welcome departure from the inherent formality of the orchestra’s regular home in the Jack Singer Concert Hall. The concert managed to achieve a beautiful sense of intimacy by placing the instruments mere metres from audience members’ tables.

“Everyone’s kind of seated on the same level, surrounding the orchestra, and it definitely is a more relaxed, laid-back atmosphere,” says Karl Hirzer, the CPO’s resident conductor.

“It’s great to have some pops tunes,” says Hirzer. “But I think it’s nice to expose people who have come to see us to the music that we love to play, which is the classical repertoire, and in a venue like this…I think it really does make it seem a little bit more accessible and a little bit more like it’s a fun time, and it’s a whole realm of music that’s there to be discovered.” 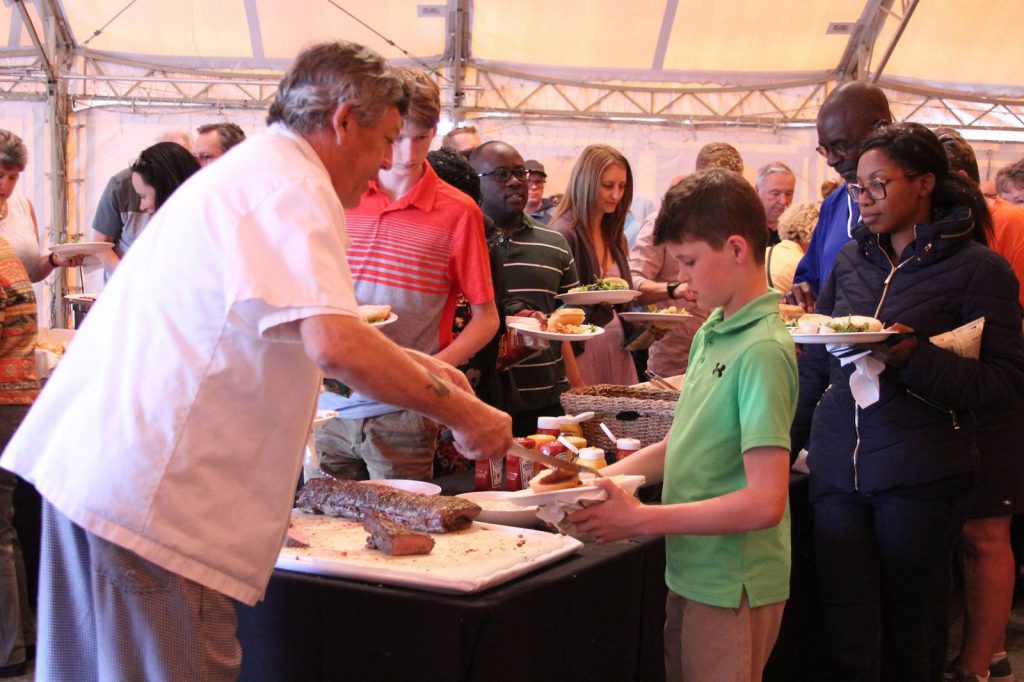 One such selection, Mendelssohn’s The Hebrides Overture, was a definite standout performance from the evening and offered the CPO the opportunity to perform music by a lesser-known composer.

“You can kind of tell that the musicians were excited to play that piece because it’s such a beautiful piece of music. And I’m not sure when the last time it was done…it hasn’t been played since I’ve been here over the last two years,” says Hirzer.

He prefaced the Mendelssohn performance, and many others that night, with a few introductory words on what the audience was about to hear—a feature that was also appreciated by the musicians themselves.

“I love Karl’s narration about every piece that we play—I learn a lot from him,” says Stephanie Soltice-Johnson, assistant principal of the second violins and acting principal for the past few months.

Keeping in line with the concert’s relaxed atmosphere, the unequivocal highlight of the night was the spontaneous homecoming of Adam Johnson. Currently the assistant conductor with the Orchestre Symphonique de Montreal (OSM), Johnson previously held the positions of resident and then associate conductor of the CPO from 2013-2016 and also conducted Pops in the Park during that period.

Hirzer, having only been made aware of Johnson’s attendance at intermission, decided to recruit his immediate predecessor while the audience was busy enjoying carrot cake and watermelon in the prolonged daylight.

“I just basically went up to him at the intermission and I said ‘Hey—you wanna conduct the Radetzky March?’, and at first I think he thought I was joking!” says Hirzer. “And then I said ‘You know, it’s perfect…then I can conduct the audience for the clapping and then you can conduct the orchestra, and it’ll be a big thing!’ ”

And a big thing it was—audience members, happy to be included, gleefully clapped along to the beat. Hirzer, true to his word, spent the entire time running back and forth between the two sides of the tent in an entertaining attempt to coordinate their efforts, while Johnson effortlessly guided the orchestra with no prior rehearsal. After such an energetic performance, audience members were prepared to give the CPO a standing ovation right then and there—and the concert still had one more piece left to go!

After two long decades of providing such rich and memorable musical experiences to Calgarians, this charming and unique summer concert series will surely be missed by many.