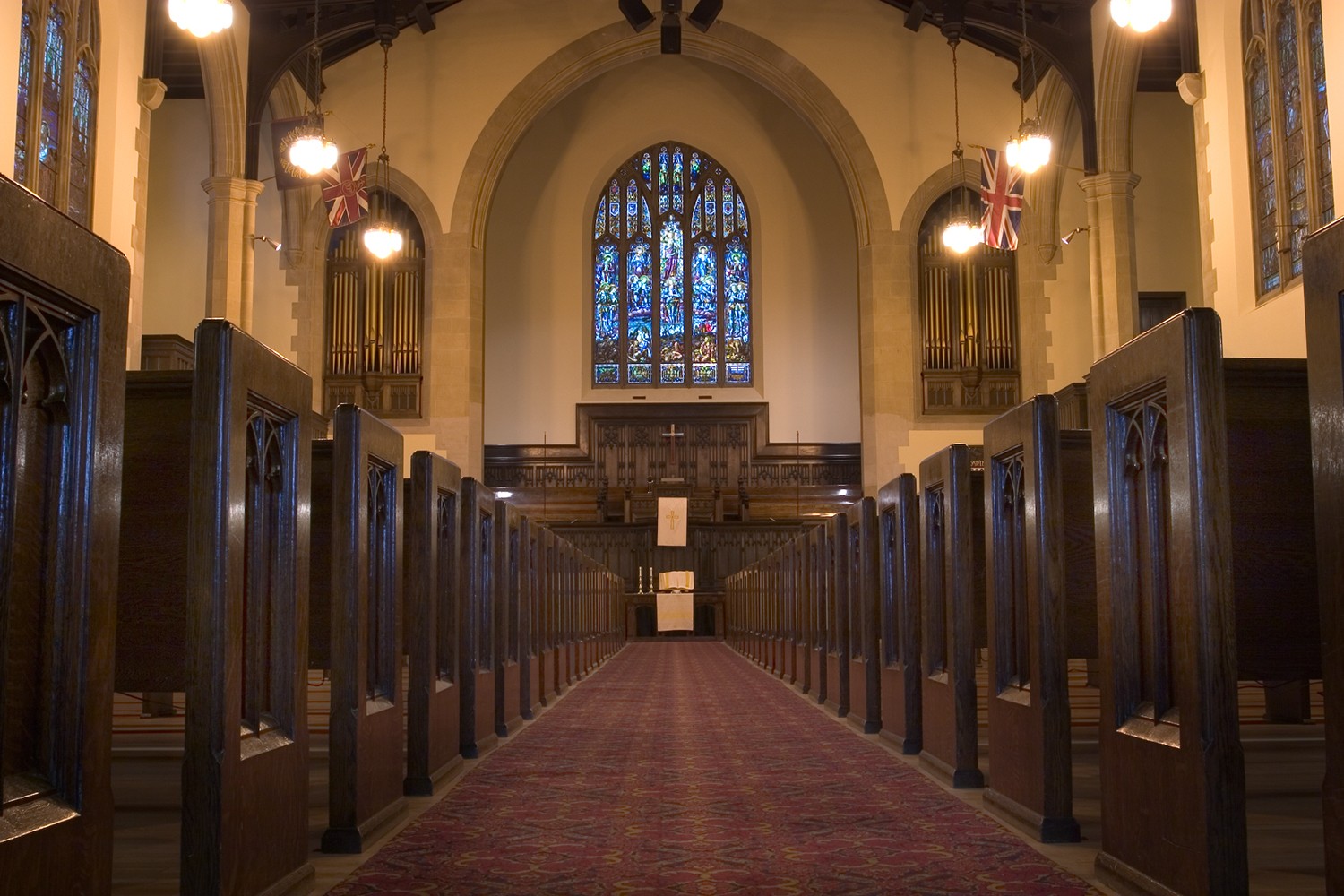 The Calgary Philharmonic’s annual Bach@Knox baroque music festival is held at the beautiful Knox United Church. This neo-Gothic Paskapoo sandstone building was completed in 1912 at 4 Street and 6 Avenue SW. Knox also features a recently upgraded Cassavant pipe organ, one of the largest in Western Canada. The north-facing Memorial Window, titled ‘The Suffering of Mankind,’ was custom-ordered and commissioned in the aftermath of the First World War and completed and installed by the Pittsburgh Glass Company in 1921.

Knox is located in the heart of downtown Calgary with easy access to Calgary Transit. There is also free evening on-street parking along both sides of 5 Avenue, and on the south side of 6 Avenue weekdays after 6PM.