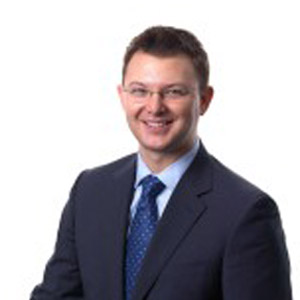 Samuel is a senior Director with Suncor Energy accountable for Advanced Analytics. He brings a business background from both Industry and consulting having spent 10 years with Accenture in both London and Calgary.

He has been living in Calgary since 2011 having relocated from the UK. Calgary became his home after meeting his wife Angela, and will remain their home as they raise their young daughters Sophia and Ella. Sam and Angela are proud supporters and patrons of the CPO and look forward to further investing in Calgary’s important musical heritage for the next generation.

He is a firm believer in investing in community and the arts. He brings non-profit experience from the social services sector having served on the board of the Brenda Strafford Society for the Prevention of Domestic Violence since 2014 and is chair of the Finance and Fund Development committee.

Samuel sees strategic growth and financial development; fiscal and budget accountability; robust stakeholder engagement and technology investment as areas of importance for the Calgary Philharmonic Orchestra and hopes to add his experience and effort to helping fulfill the mandate of the Board.