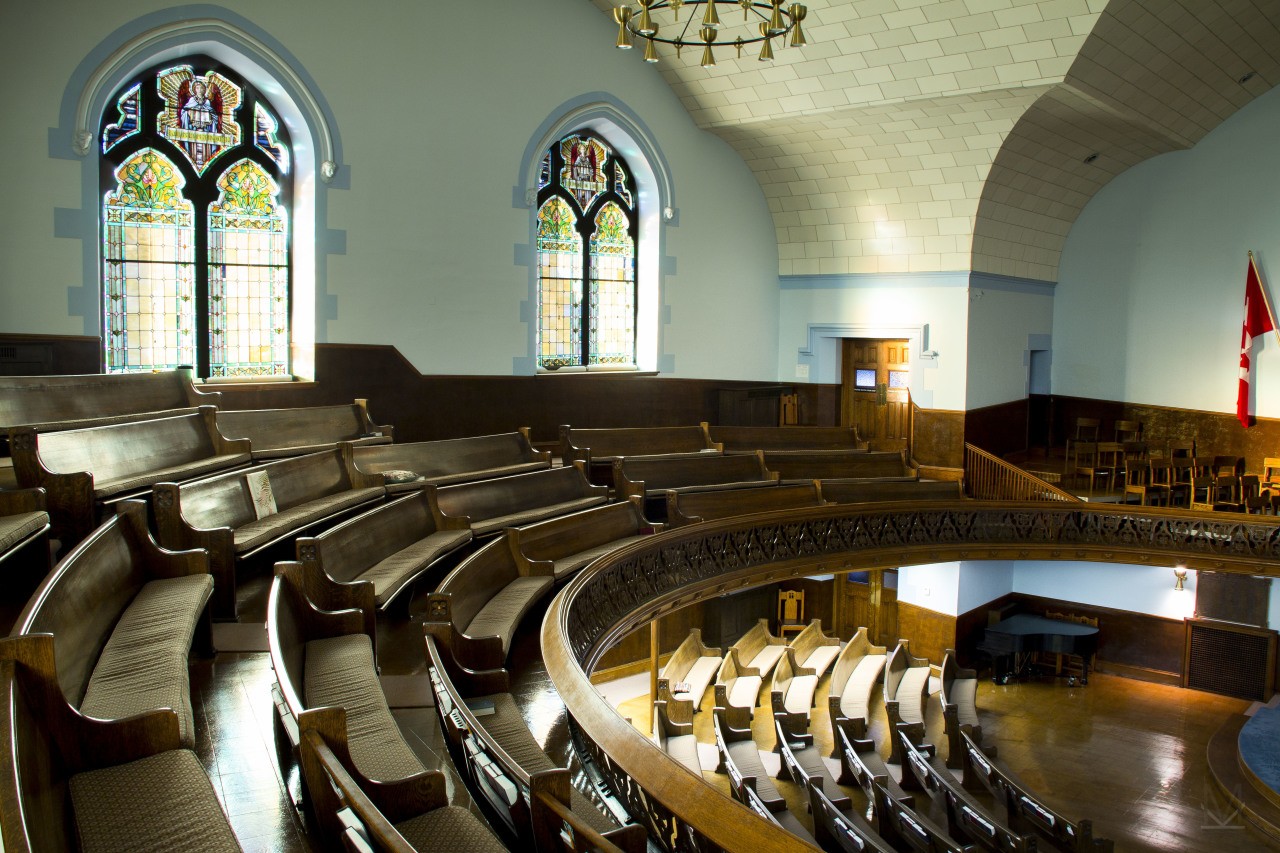 Long the home of the Calgary Philharmonic Orchestra’s A Traditional Christmas performances, Grace Presbyterian Church is a beautiful and acoustically pleasing space.

Grace Presbyterian Church was established in February 1905. The first building was erected at 924 – 12th Avenue SW. By 1911 the congregation outgrew this first site, leading to the purchase of land and the beginning of the current building.

Grace is accessible, with an elevator which can be reached through either of two sets of grade level doors near the Chapel, one off the alley at the far western end of the building and the second on 15th Avenue.

A limited amount of designated parking is available in the alley and in the parking lot immediately south of the building. Parking in the 17th Avenue area can get congested, especially around Christmas, so please ensure you leave plenty of time for parking.

There were no results found.