Learn More about the Program for Beethoven 5: Epic 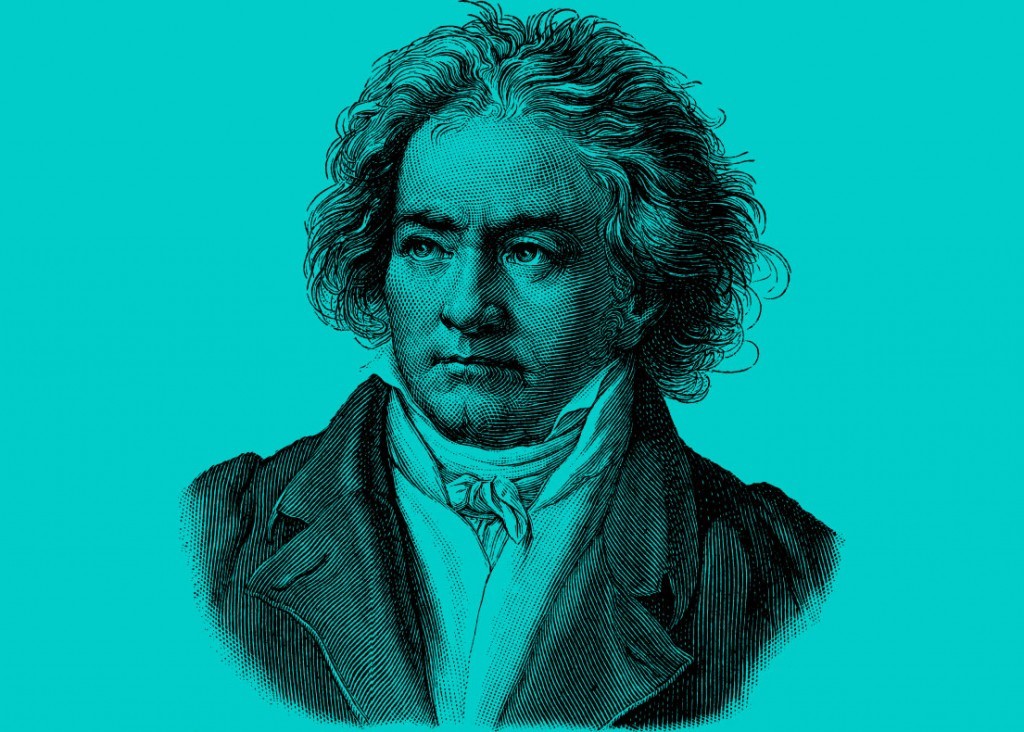 Discovery the story behind the music.

This concert features the debut of a new work by Canadian composer Dorothy Chang, commissioned by the Calgary Philharmonic. She has provided the following program note:

In composing my new work, Skizzen (Sketches), I took inspiration from Beethoven’s famous sketchbooks that survive in libraries around the world. Drawing from sketches and material from his fifth symphony, I sought not to re-compose Beethoven’s music, but instead to reference his ideas in raw form, when they were merely flashes of inspiration and not yet developed into one of the most significant compositions Beethoven was to create. As they appear in his sketchbooks, these fragments are incomplete, disconnected, and often in only rough outline form. Some pages are curiously barren; others densely covered with chaotic scribbles, scratches, headless note-stems, and messy inkblots. Similarly, Skizzen presents a selection of Beethoven’s musical fragments, at times distinctly recognizable and elsewhere transformed, emerging from and returning to a haze of obscurity. Certain musical moments appear in just brief flashes; others spin off into new directions and interpretations, much as a composer explores the potentialities of a musical germ during the composition process. One might listen as one would view a faded and brittle document that captured the very initial sparks of a masterpiece, some 200 years ago.

Beethoven composed the Emperor Concerto from 1808 to 1809, against the backdrop of Napoleon Bonaparte’s rise to the zenith of his power. Beethoven had admired the so-called “Little Corporal” for his early devotion to the humanitarian ideals of the French Revolution. Once Bonaparte crowned himself Emperor of France in 1804, Beethoven’s attitude changed instantly to scorn.

In May 1809, French troops besieged and captured Vienna. While Beethoven was composing this concerto, their regular artillery bombardments were chipping away at the last shreds of his hearing. He fled to his brother’s house and covered his ears with pillows to reduce the noise. Rather than reflecting his distress, this regal, expansive concerto is proud and defiant. Perhaps he intended it as a hopeful forecast of Bonaparte’s ultimate defeat, or a manifesto praising the virtues of the common man over those of a dictator.

filled with innovations, most impressively the tracing of an emotional arc from turbulence to triumph. That satisfying journey gives it the power to stir audiences on a fundamental level, embracing them in a common sense of victory. This generosity of spirit is the foundation stone of Beethoven’s reputation.

On another innovative front, the fifth calls for an orchestra larger and richer than any that Haydn and Mozart had used. Piccolo, contrabassoon, and trombones here made their debuts in the symphonic orchestra, giving the music extra weight and brilliance. The fifth proved enormously influential, as similarly epic symphonies by Brahms, Tchaikovsky, Mahler, Nielsen, and Rachmaninoff (among many others) have demonstrated.

It has perhaps the most familiar opening of any piece of classical orchestral music, which ushers in the most intense symphonic first movement that anyone had composed up to that time. The veiled closing measures of the third movement point to a tragic conclusion. In another act of innovation, Beethoven maintained the music’s forward momentum by dispensing with the typical inter-movement stop and leading us straight on to the exultant Finale.